Like many other parts of Colorado, gold brought settlers to the area in the mid-1800s. The town we know as Westminster began thriving as a farming area known as DeSpain Junction, then Harris, Colorado. A Presbyterian University modeled after Princeton was built in the late 1890s and was named Westminster University of Colorado. Classes began in 1908 and ran until 1917, when all students in attendance left to fight i Wold War I. The building was used as a church and school after this. In 1911, Harris voted to incorporate as a city and changed its name to Westminster, in honor of the university which is now on the National Register of Historic Places.

Today, Westminster has over 100,000 residents and the city crosses from Jefferson County into Adams county. The city stretches North along I25 and Northwest along U.S. 36, connecting to Boulder.

In 2012, the city pulled down the Westminster Mall and began development on what will be a new downtown area on 105 acres. The area has many developments under way and some already complete, like the Alamo Drafthouse movie theater.

One of the main non-residential areas in Westminster, The Orchard Town Center is located at I25 and 144th Ave, and has over 90 retail, dining and entertainment establishments for local residents. Another popular area is at U.S. 36 & Church Ranch/104th. Here, on both the West and East sides of U.S. 36, you'll find restaurants and shopping, even another large movie theater.

Westminster has an extensive open space and trail system, including the Big Dry Creek Trail which connects to Standley Lake, a large man-made reservoir that is popular for paddling and fishing. Westminster also has multiple rec centers, pools and fields for softball and soccer, even an ice rink! Golfers can find plenty of options from Legacy Ridge Golf Course, to The Heritage Golf Course at Westmoor, or the Hyland Hills golf course. 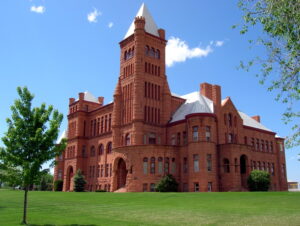 To learn more about connecting and living in Westminster, check out these great resources!