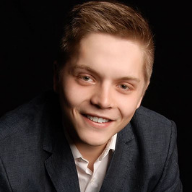 Dylan is a Colorado native, having spent his childhood in the west Denver metro area.  Growing up with a hockey-playing brother who is 7 years older, Dylan played hockey from the time he could walk.  He was blessed to be part of the Colorado Thunderbirds team that won the National Championship his freshman year of high school.

He began his real estate career in 2011 as Lisa’s assistant while continuing to play hockey after high school.  After suffering an injury and undergoing surgery, Dylan decided to get his real estate license in 2014.  Helping and being able to guide others have always been things he has loved to do, and being a Realtor gives him the perfect platform to do so.

With the flexibility of his real estate career, Dylan also has been able to coach both boys and girls hockey, as well as give private lessons and teach at camps across the country.  In addition to all that, Dylan is active in his church and loves spending time in the mountains and being outdoors; the rest of his free time is spent with family and friends.

Ready to coonect or search for homes with Dylan?

After you follow the link, click on "Connect With Me" and create a simple account to begin your search! Or just call 303-552-1892 and I will set up a search for you!